Banks have let small technology vendors define the market place, and have not demonstrated any leadership in driving the market forward; really makes you appreciate Dee Hock’s creation of Visa — how did he do it in such dysfunctional organizations?

In yesterday’s post I discussed the business strategy behind NFC. I had a great note from head of mobile from one of the large banks this morning. Q: How did Visa and MA loose all of their momentum in contactless? How did we (banks) let this happen?

Banks have let small technology vendors define the market place, and have not demonstrated any leadership in driving the market forward; really makes you appreciate Dee Hock’s creation of Visa — how did he do it in such dysfunctional organizations?

Visa/MA have made the same mistakes as banks plus they selected a technology which pushed the computing platform to a smart card via an NFC smart card, and then proceeded to do nothing to control the use of that technology, nor did they focus on key merchant categories like retail, grocery, and fuel to implement NFC infrastructure

Banks… here is the good news.. the ISIS team does not seem to be building a platform.. but a payment solution. MNO activities within ISIS:

All of this may be for naught if they can’t build a team capable of running a software platform business. They are appropriately focused on NFC payment, as it is the core of their value proposition and the reasons that the carriers created the consortium. But they have a mile wide hole in their business plan if they don’t start defining how other parties can invest to build out the ecosystem. It takes someone with solid experience to run a platform business (MSFT, Apple, Oracle, Google, ). Payment is just one element.

ISIS today looks like a Disney World with one exhibit.. Google and Apple understand the ecosystem dynamics of building a platform.  If Apple succeeds, all of the investment that MNOs and the GSMA made in building NFC will be lost, or at least permanently stunted. 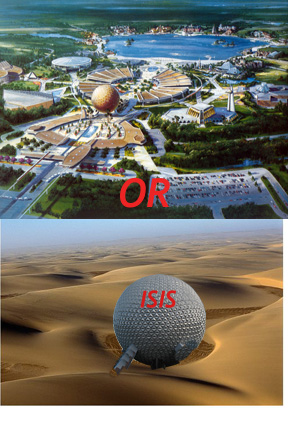 The guiding lesson my teams have learned in helping create networked businesses is that scale is everything. As stated in the Oct 2006 issue of HBR,

[Network] leaders can leverage their higher margins to invest more in R&D or lower their prices, driving out weaker rivals. As a result, mature two-sided network industries are usually dominated by a handful of large platforms, as is the case in the credit card industry. In extreme situations, such as PC operating systems, a single company emerges as the winner, taking almost all of the market. Platforms serving two-sided networks are not a new phenomenon. … New platforms have been created (Google, for example, links advertisers and Web searchers) and traditional businesses have been reconceived as platforms. Yet for all the potential they’ve spotted, platform providers have struggled to establish and sustain their two-sided networks. Their failures are rooted in a common mistake. In creating strategies for two-sided networks, managers have typically relied on assumptions and paradigms that apply to products without network effects. As a result, they have made many decisions that are wholly inappropriate for the economics of their industries.

Problem I run into is that early stage companies cannot take advantage of common infrastructure until there is a critical mass of users (and specialization). Usage drives volume, volume drives profitability, profitability drives investment and specialization, specialization drives innovation, innovation drives more volume…etc. However, prior to this critical mass, where is value creation in a “new” Platform (great book Platform Leadership)? In a “new” payment network? Today, there are early stage companies failing because they bet on NFC too early.

Platform Leadership laid out a very nice framework, but was it for Software platforms only? What about Business Platforms? What is a Business Platform? Is Microsoft/Intel (WinTel) a Platform? Ecosystem?  Channel Masters? The great thing about the high tech space is that it is lightly regulated and operates under very well defined standards. A story is useful to draw context for the general audience of this blog.

Back around 2000/2001 one of my teams at Oracle ran the supply chain exchanges and also helped bring new Oracle products to market. Within HighTech, my solution architects worked with customers (ex. Cisco, Sony, TSMC, MOT, … etc.) as they progressed through standard like RosettaNet. Cisco was a huge proponent of RosettaNet, they viewed real time supply chain information as a key to their profitability (avoid the bull whip effects). The Rosetta PIP standards were crystal clear, but the business case for the manufactures was not. Although they certainly wanted updated demand plans from Cisco, they did not want to provide status of Work in Process WIP). If Cisco had the WIP information, they would then have the channel intelligence to reroute work if a foundry or CM was falling behind. Hence the commoditized suppliers resisted implementation of the WIP standards. Cisco eventually succeeded, as WIP became a competitive differentiator which Cisco was willing to pay for. Cisco is a very strong Channel Master; it owned the platform, the orchestration and the source of demand.

The reason I draw out this story is that network dynamics and incentives are a very complex.. but someone MUST HAVE A PLAN. Channel Masters have the best track record in creating business models where multiple companies invest and participate. Cisco is an example where it is channel master, owns the platform, dominates the ecosystem and is source of direct customer demand. Companies that follow this model (US Gov, Apple, Boeing, Airbus, Mitsubishi, Toyota, Ford,  …).  Some business platforms are completely dependent upon an open, broad participation for growth (Google, Apple AppStore, Java, Wikipedia), while others are closed and regulated (banking, communication, defense, …).

My Advice to start ups:

What will ISIS be? Closed or Open? Successful or … ?